Unfortuntately don’t show the entire yard, and the angles aren’t great (I was just trying to capture the peonies in bloom!  They are over 100 years old – moved over from the house I grey up in!)  but it gives you an idea from different perspectives.  Please don’t mind the weeds between the patio slabs – our current tenants are great emergency room doctors with not a lot of time for weed-wacking or spraying weeds 🙂  (Vinegar in a spray bottle does the trick nicely). 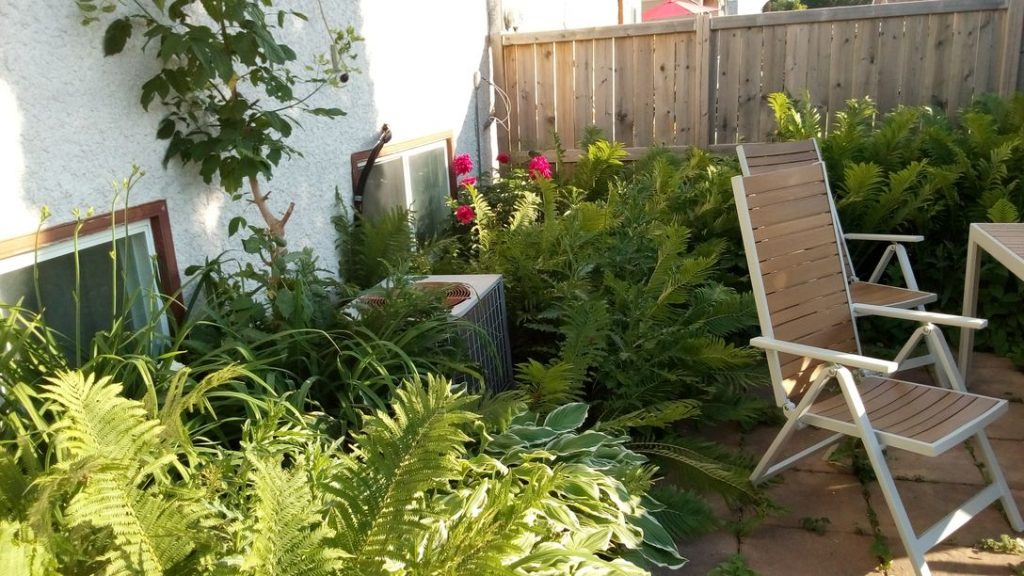 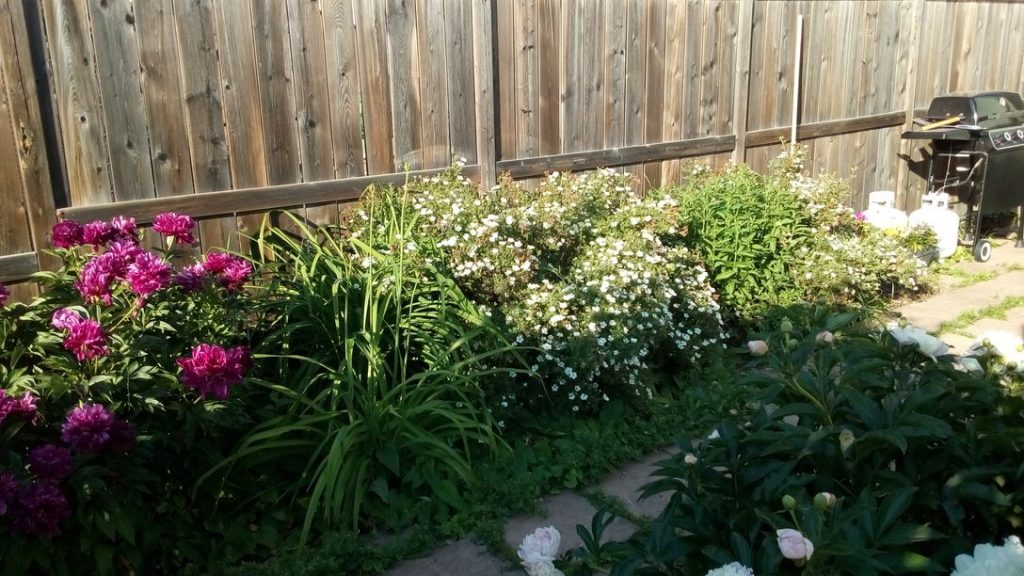 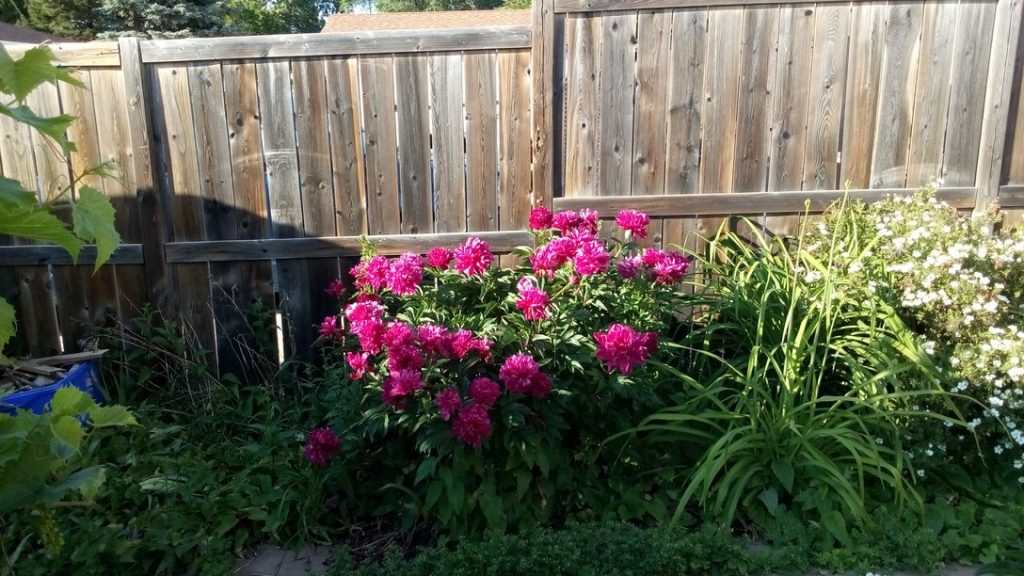 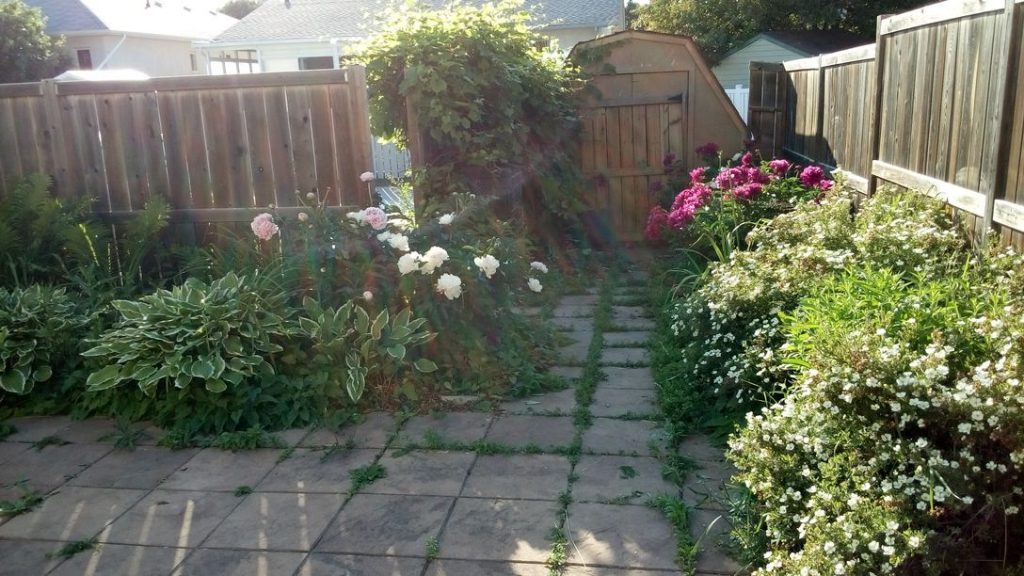 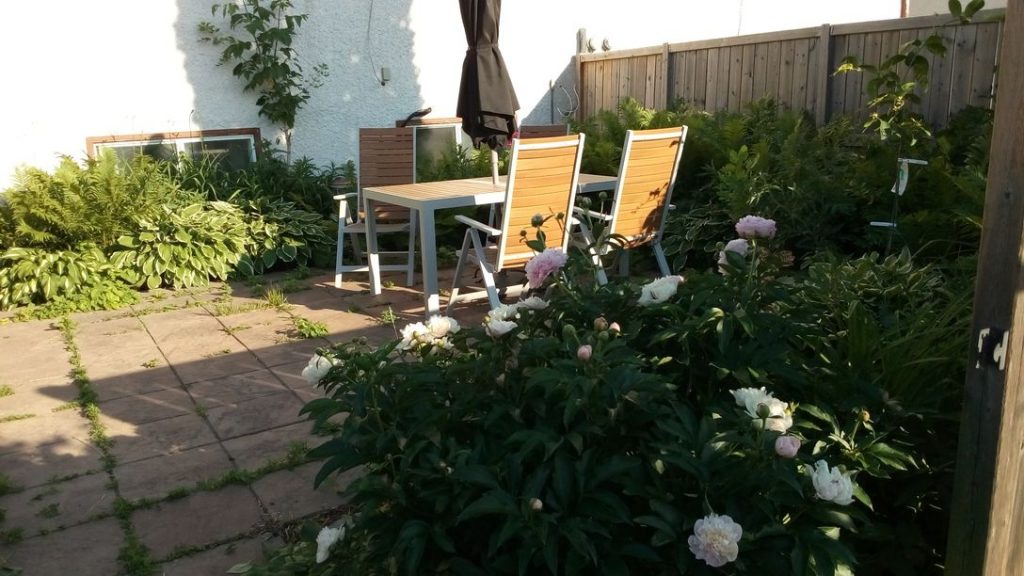 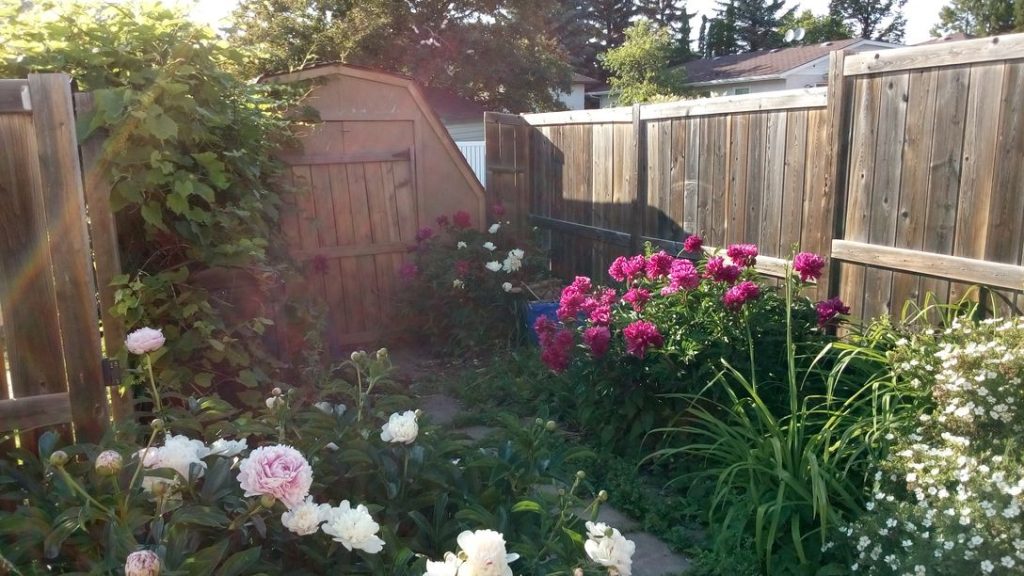 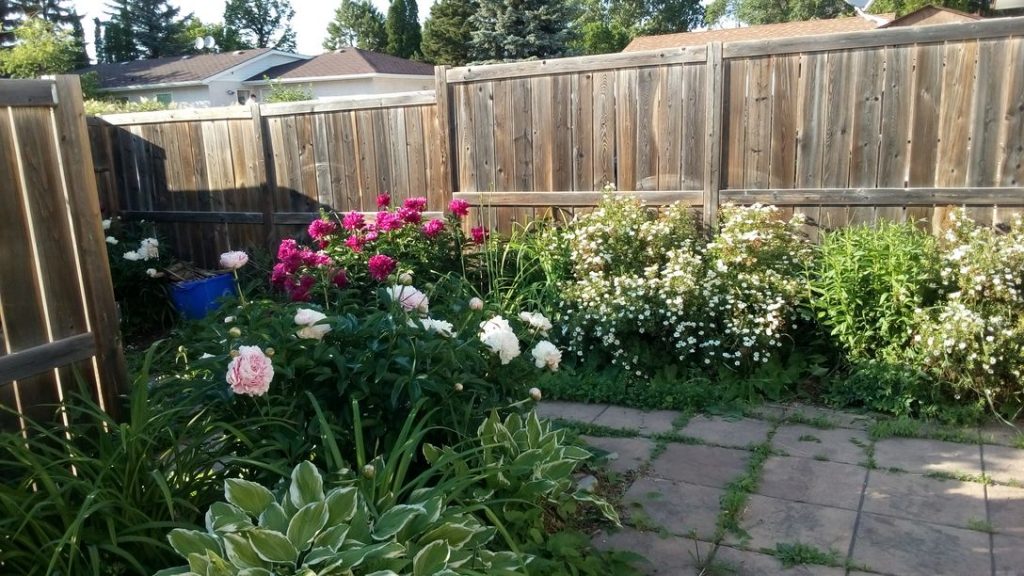 Lower Level Bathroom (Please ignore the mess and the art propped in front of the shower – this was when the nearby family room was being painted, so this bathroom was temporarily a holding area.  As mentioned, these photos weren’t intended for public viewing!  But its the pic I can find of this bathroom. 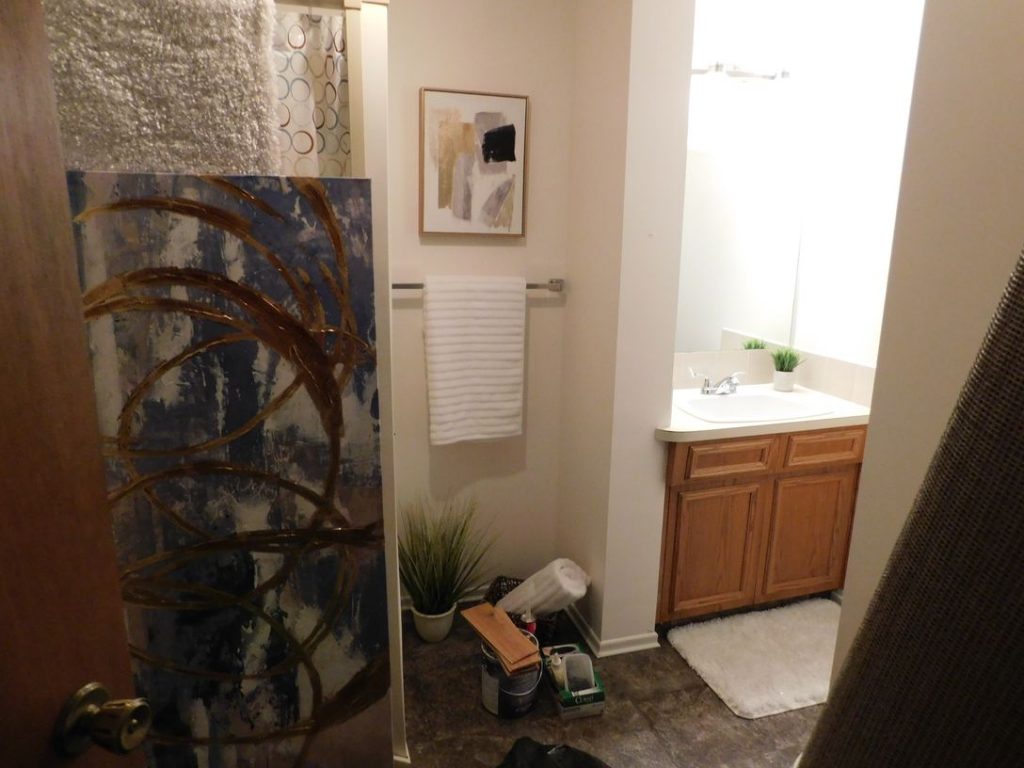 Both bedrooms are pretty much identical – dont have a great photo of the other bedroom – carpet as shown above is less than 1 year old. The only difference between the rooms is that bedroom #3 has a lightly patterned wallpaper on 1 wall with a small sea shell design.  Same carpet, same size, same window location and size etc.

Here’s an additional pic that gives a slightly better sense of the space: 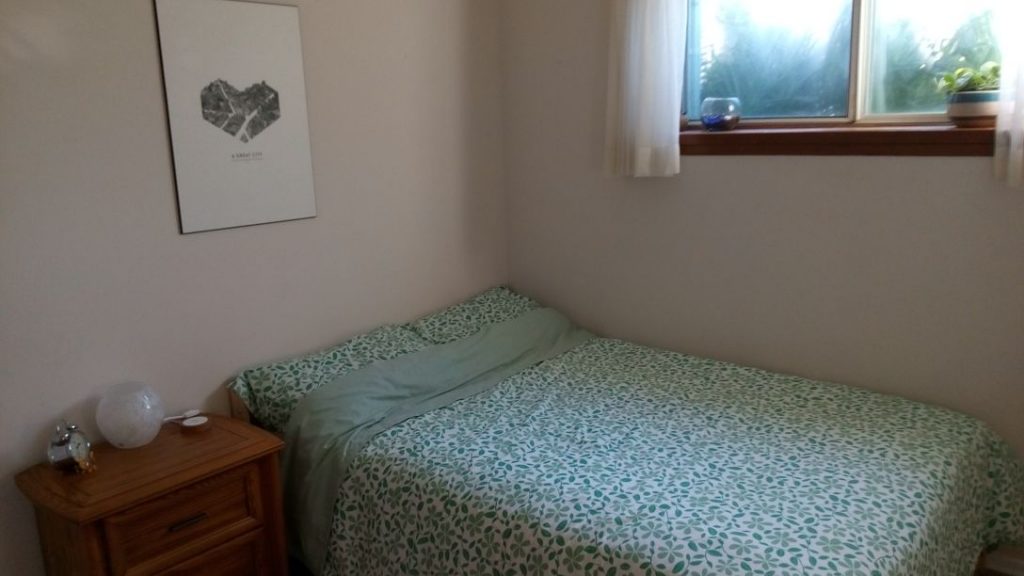 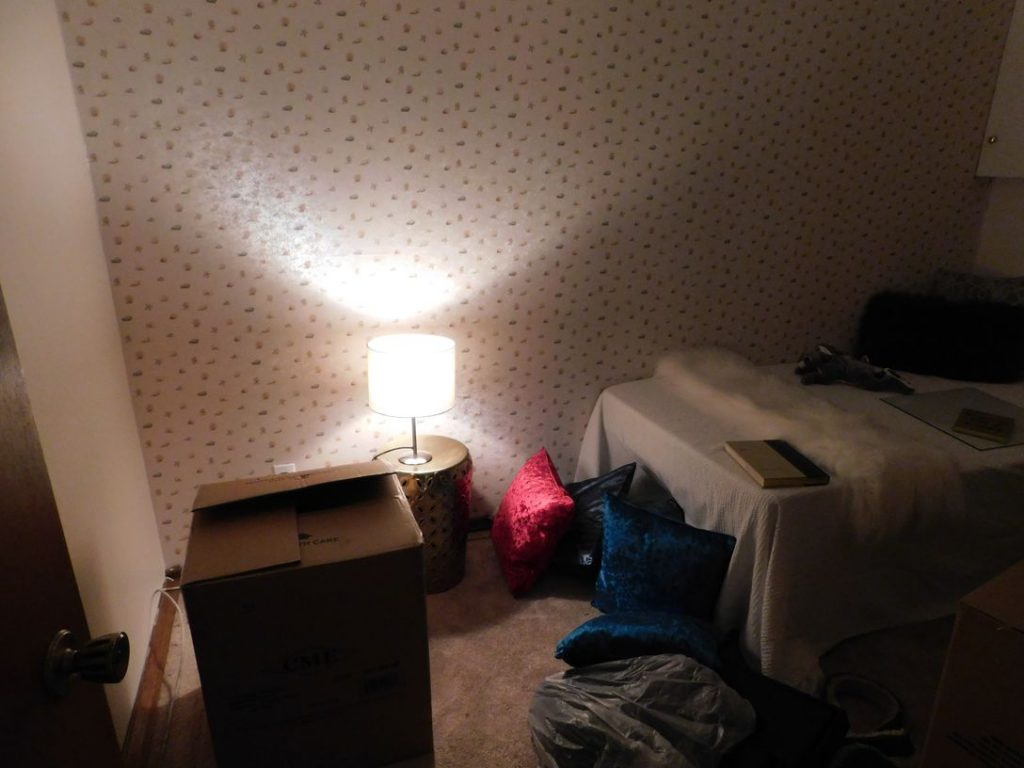 Here’s a pic from before before we installed the new, high-end carpet last year (shown in the photo above) taken during daylight/ This photo gives a much better idea of the size of the room, but with the old carpet it looks much different than it does now with the new high end, carpet as shown in the above photos. (That door next to the window has the breaker panel behind it – the other room does not have that). 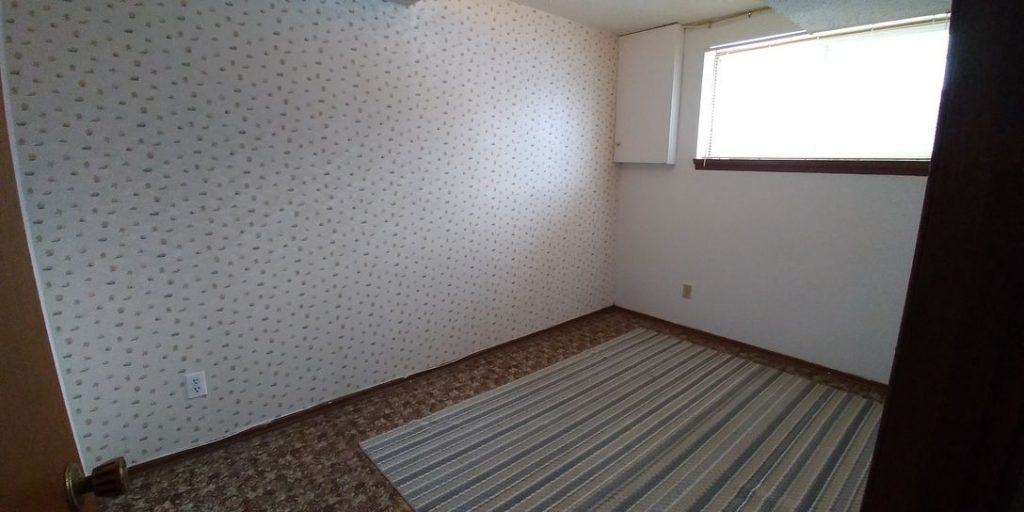 Family room, below – carpet now looks like this (installed just under a year ago), however see pics further below to get a better sense of the space, but *please* disregard the old carpet in those photos, which has now been replaced with what you see in the pic directly below.   To the right is the “L” part of  the room. There is a hot tub/jacuzzi in that portion of the L-shaped family room (lower level) which can either go or stay, depending on what the next tenant wants. We purchased extra carpet last year to have on hand for this area when and if we remove the hot tub.  You’ll see a sauna in various locations in these pics – it will not be staying. 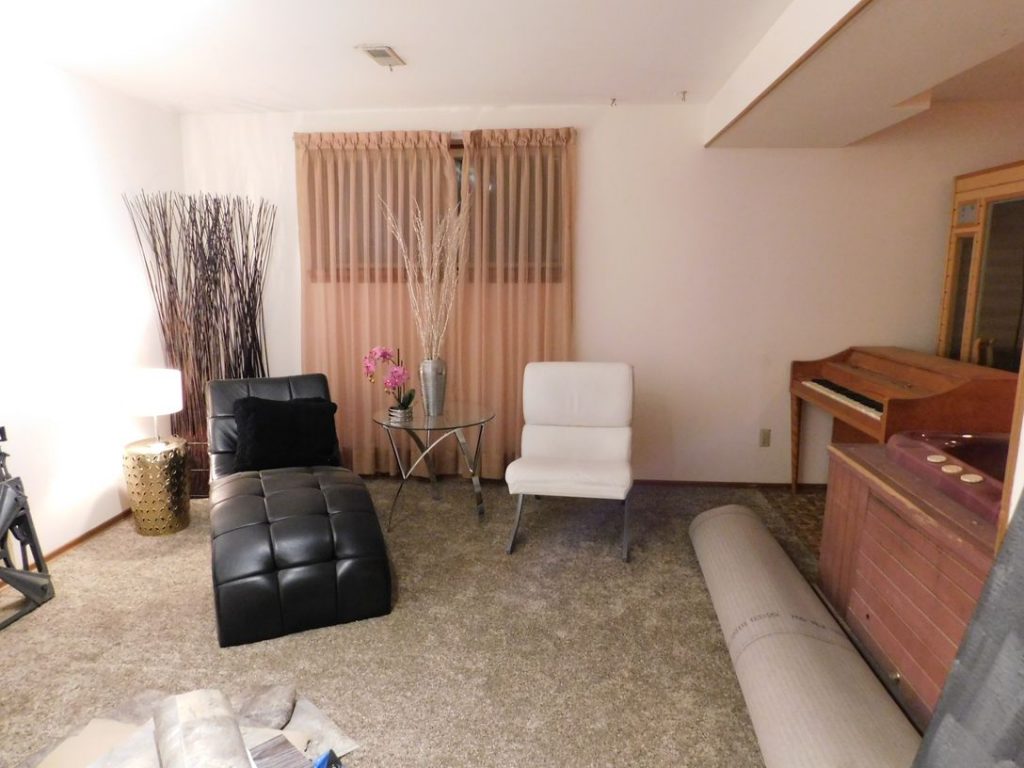 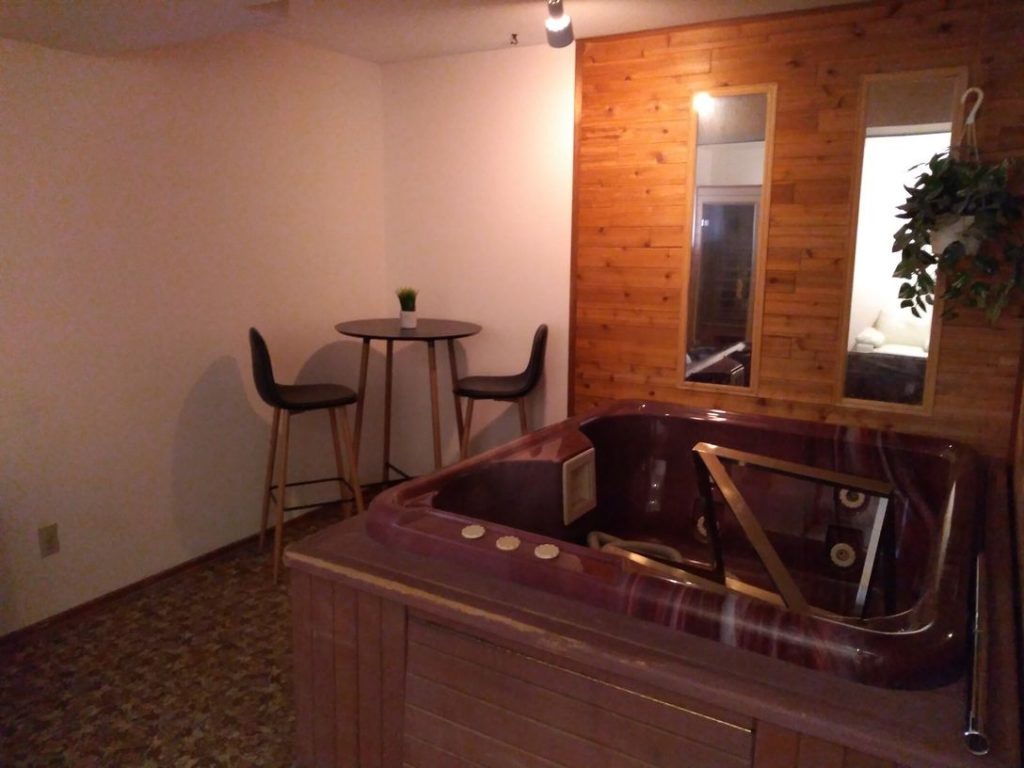 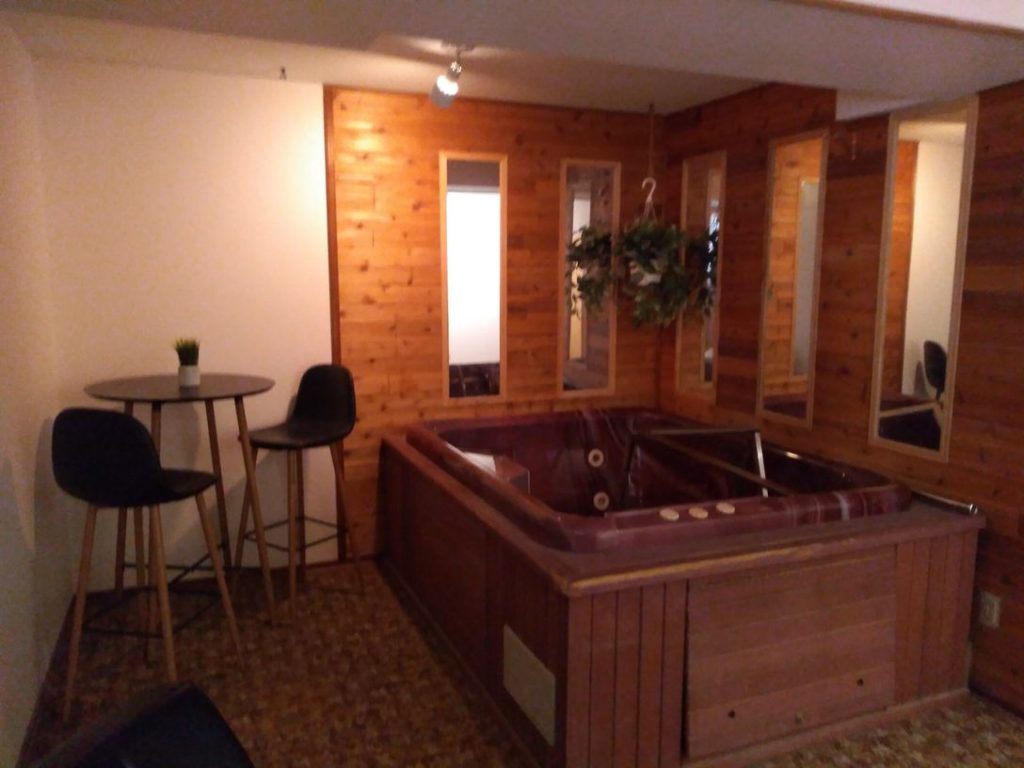 Please picture this space with the new carpet as shown in the photo earlier above! 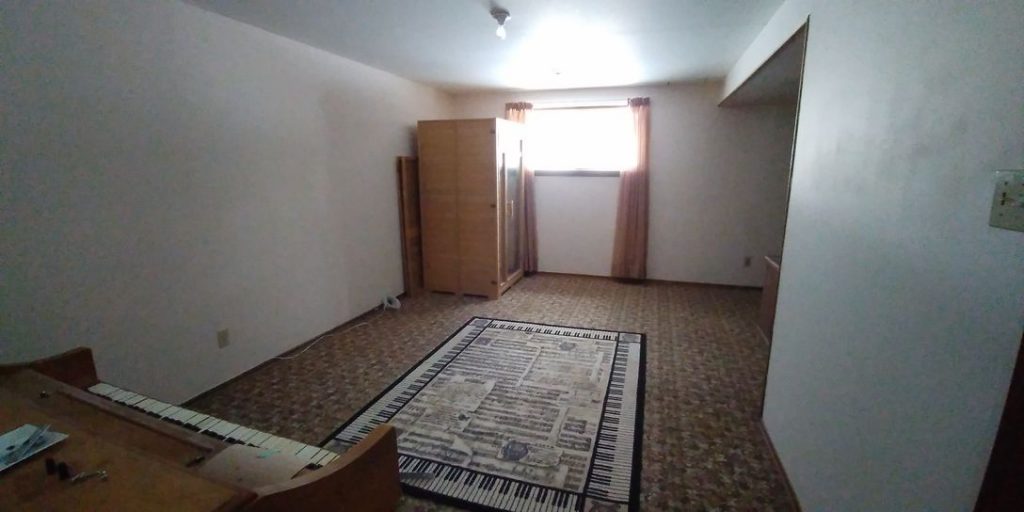 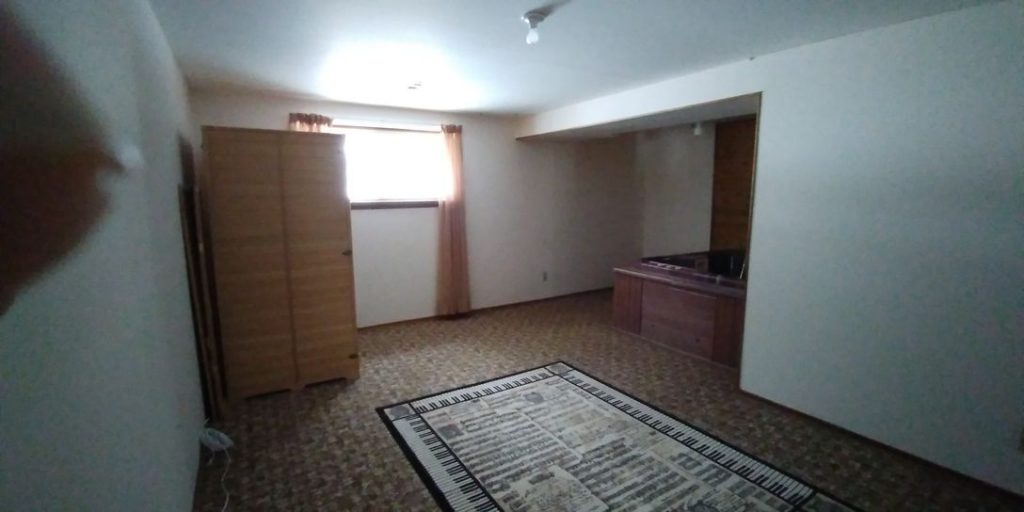